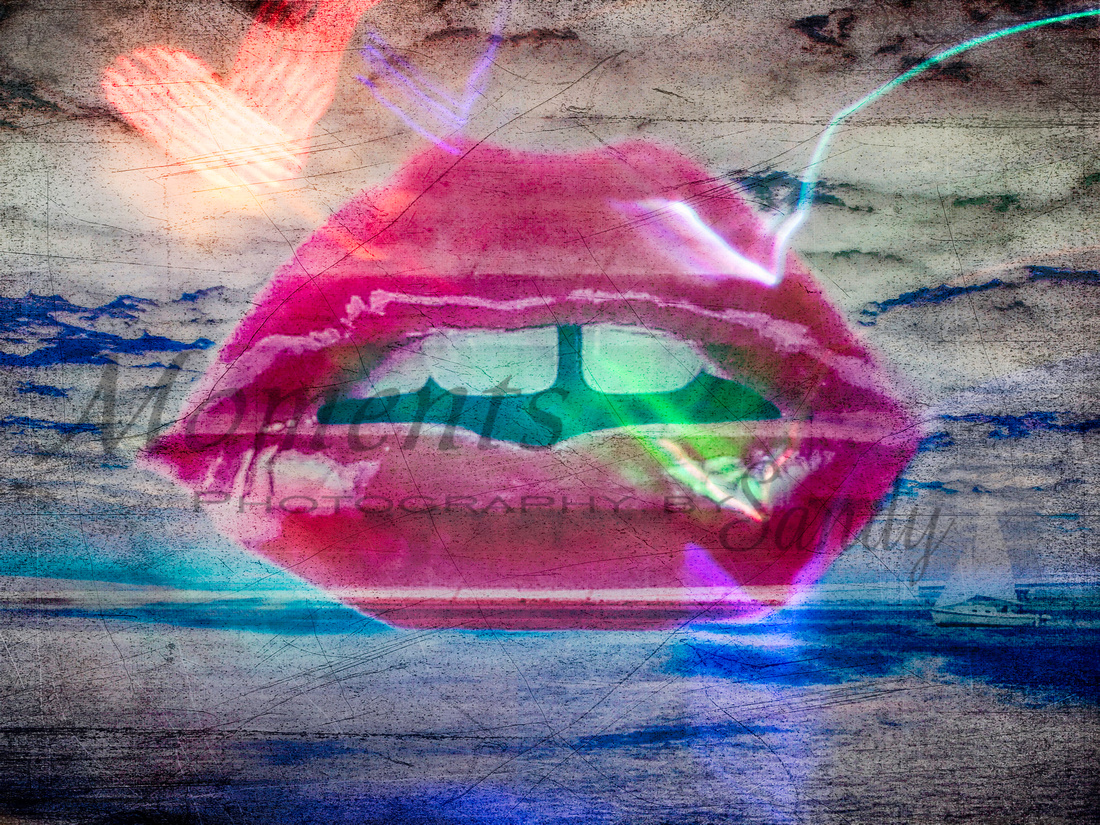 KissesI Offer Mine to You
Song: Kisses

"Kisses" is one of my first co-songwriting songs. My songs are written under my name, Sandy Gates.  They are performed under the name, Lizzy Pearl.  Michael Jones, the co-author had some beautiful chords going up the neck of the guitar.  And he sang something about Kisses and you won't give them to me.  I had heard this short interlude on several different occasions in between songs at jam sessions.  One day he said to me, "Sandy, why don't you take this and make it into a song."  And so I did.  I turned the lyrics around to make it an offer: Kisses, I offer mine to you.  This became the premise and the lyrics speak about the beauty of allowing yourself to become vulnerable which is a bold and courageous risk we all take when we offer our kisses and love to another.  It is interesting to note that when I emailed Michael about the song, he didn't know that I had developed the verses and chorus already.  He gave me the additional information that he wanted the song to be about two people who were attracted to each other but had not taken the steps to confirm this attraction.  That is exactly what I had written about.  I didn't get the chord structure as he played it for the verses, so that will just have to be put in another song.  Below is the link to the YouTube upload.  It has the same image as above with some audio of me on acoustic guitar and vocals, recorded in 2014.

We can make it

Be real, don’t fake it

Kisses, ahh those kisses, I offer mine to you

Kisses, all those kisses, caressing you, with truth

I long for your touch

As seen in my mind

A play of faith, hope and fire

Kisses, ahh those kisses, I offer mine to you

Kisses, all those kisses, caressing you with truth

I know a place

Where we can go

Just you and me

We’ll be alone (with)

Kisses, ahh those kisses, I offer all to you

Kisses, all those kisses, caressing you with truth

We can make it

Be real, don’t fake it