I was obsessed with pumpkins last fall.  After trying for 5 years to get pumpkins to grow, I finally had one!  The seeds were acquired from my husband's Uncle Forest.  He was known for years and miles around for his large, edible pumpkins.  I wanted to keep the seeds and tradition alive.  So I tried.  And I tried.  And then I put some in little cups to watch and water and baby along.  It worked! The beautiful little seeds sprouted just in time to go on vacation with me.  Yes, I took them with me.  I knew I was going to be gone a week.  It was worth it.  I eventually learned the meaning of jumping for joy.  In reality, I had given up on getting any pumpkins.  After I put them in the garden and vines grew and grew. but that is all.  I looked for a pumpkin to grow, and I looked and looked and looked.  I finally quit looking.  One day I caught a glimpse of the green ball growing and jumped up clapping my hands before I had time to think.  Eventually I had a 33.3 lb pumpkin.  It was large.  It was beautiful.  And this year I'm going to do it all over again.

These pumpkins are store bought and arranged to imitate art - paintings. 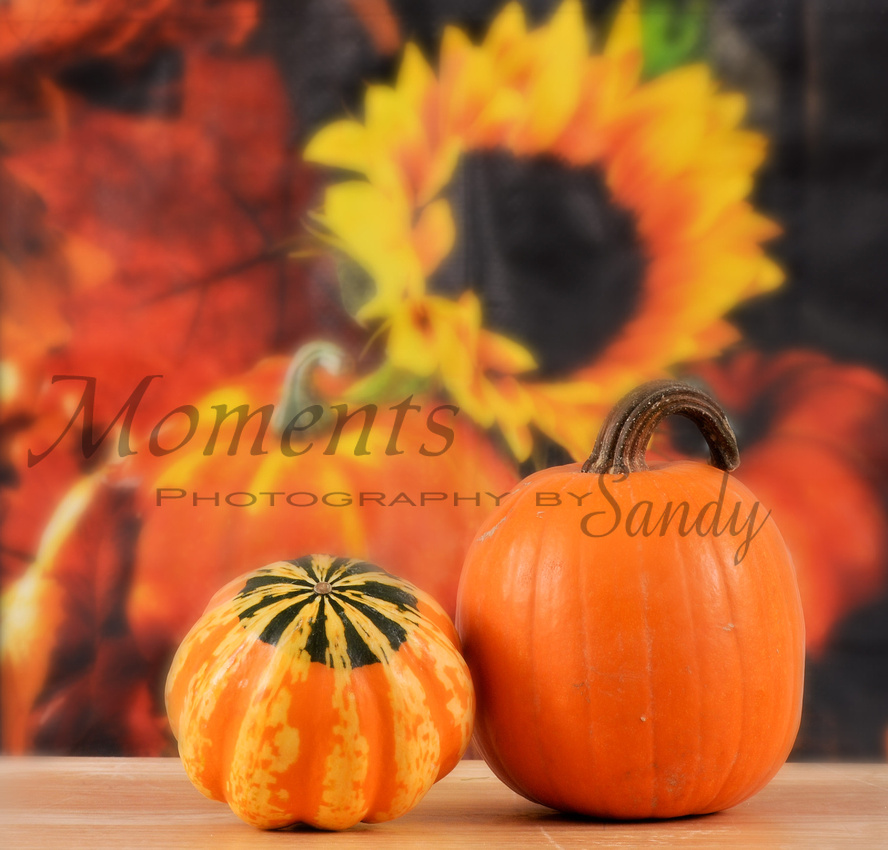 Here's a glimpse of my pumpkin...

33.3 lb pumpkin - I was a farmer for Halloween so I could put it in a radio flyer and show it off!