Moments Photography by Sandy in the News 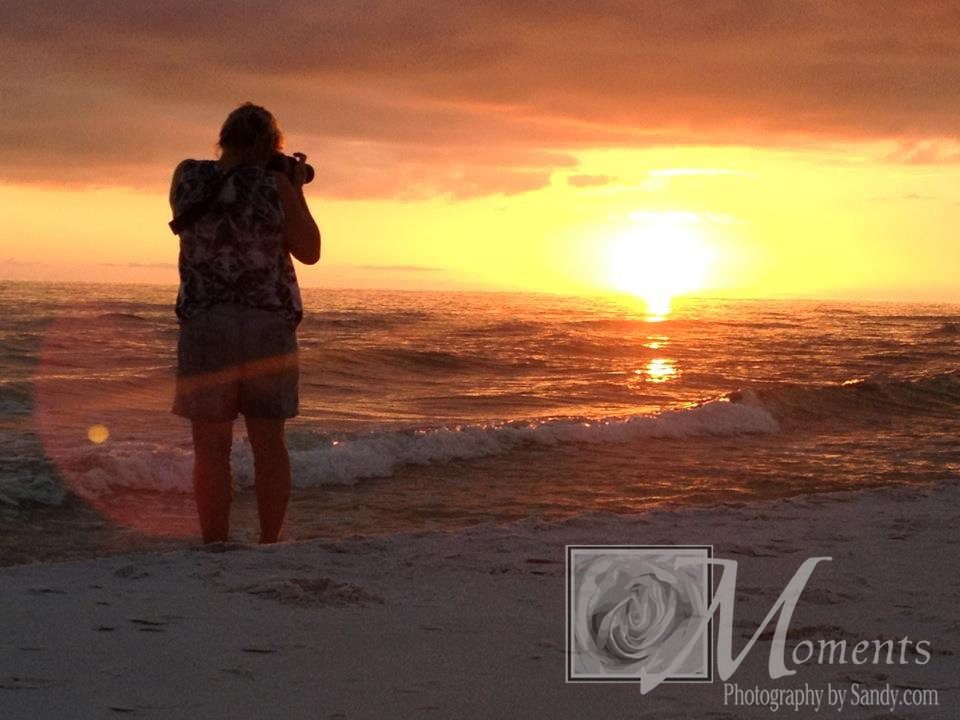 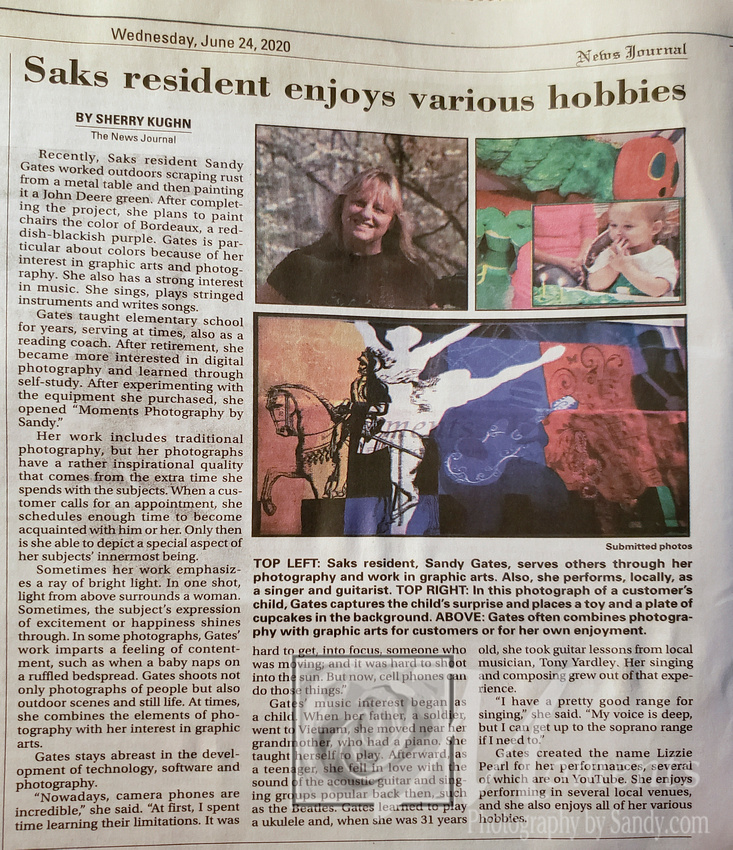 Author and News Journalist, Sherry Kughn calls on the phone.  I don't always have my phone on me and evidently she doesn't either.  So after a short phone chase we agreed on a time to talk.  Sherry had seen a portrait I made of a friend of hers and checked out my website.  The following article is retyped from the image above and a reflection of our time in conversation together.  She glimpsed my soul for it thrives in these current moments of my life, full of time I use to create my heart's desires.  The picture of me chosen for this article shows me in a shirt with the words "Dream" (larger images shown below the article below.)

"Saks Resident Enjoys Various Hobbies" by Sherry Kughn, The News Journal; May 24, 2020.  Recently, Saks resident, Sandy Gates worked outdoors scraping rust from a metal table and then painting it a John Deere green.  After completing the project, she plans to paint chairs the color of Bordeaux, a reddish, blackish purple.  Gates is particular about colors because of her interest in graphic arts and photography.  She also has a strong interest in music.  She sings, plays stringed instruments and writes songs.

Gates taught elementary school for years, serving at times also as a Reading Coach.  After retirement, she became more interested in digital photography and learned through self-study.  After experimenting with the equipment she purchased, she open "Moments Photography by Sandy."

Her work includes traditional photography, but her photographs have a rather inspirational quality that comes from the extra time she spends with the subjects.  When a customer calls for an appointment, she schedules enough time to become acquainted with him or her.  Only then is she able to depict a special aspect of her subjects' innermost being.

Sometimes her work emphasizes a ray of bright light.  In one shot, light from above surrounds a woman.  Sometimes, the subjects's expression of excitement or happiness shines through.   In some photographs, Gates's work imparts a feeling of contentment, such as when a baby naps on a ruffled bedspread.  Gates shoots not only photographs of people but also outdoor scenes and still life.  At times, she combines the elements of photography with her interest in graphic arts.

Gates stays abreast in the development of technology, software and photography.

"Nowadays, camera phones are incredible" she said.  "At first, I spent time learn their limitation.  It was hard to get, into focus, someone who was moving; and it was hard to shoot into the sun.  But now, cell phones can do those things."

Gates's music interest began as a child.  When her father, an officer and soldier, went to Vietnam, she moved near her grandmother, who had a piano.  She taught herself to play.  Afterward, as a young teenager, she fell in love with the sound of the acoustic guitar and singing groups popular back then, such as the Beatles.  Gates learned to play a ukulele and when she was 31 years old, she took guitar lessons from local musician, Tony Yardley.  Her singing and composing grew out of that experience.

"I have a pretty good range for singing," she said.  'My voice is deep, but I can get up to the soprano range if I need to."

Gates created the name Lizzy Pearl for her performances, several of which are on YouTube.  She enjoys performing in several local venues, and she also enjoys all of her various hobbies. 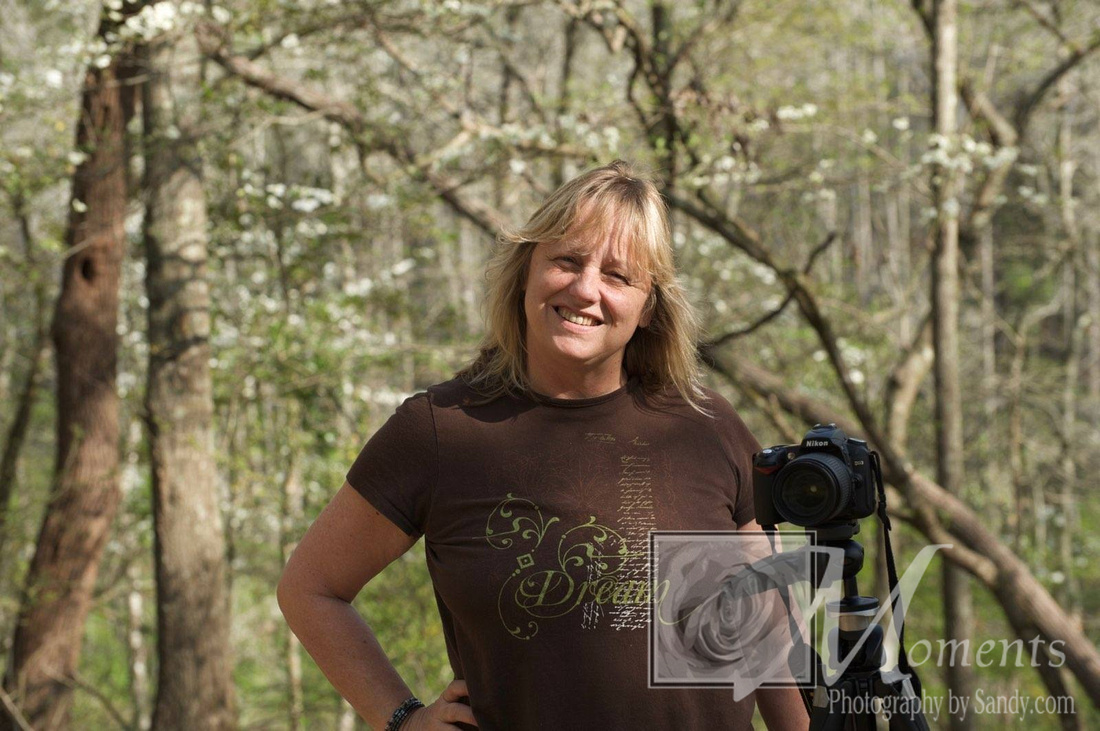 Below is an image of a wall in Birmingham, AL with graphics added. 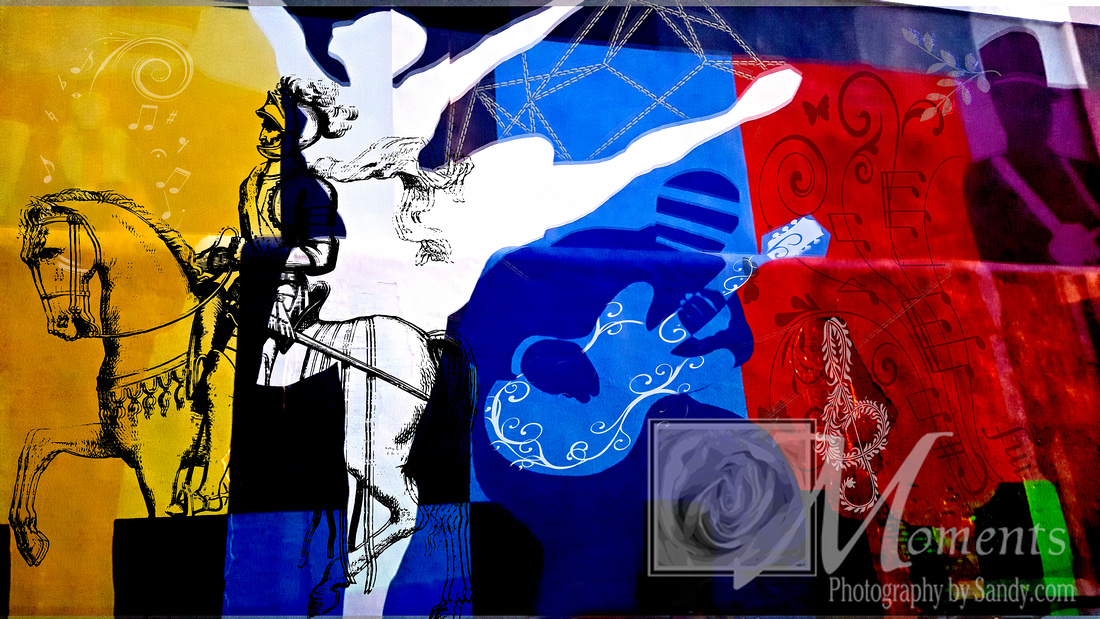